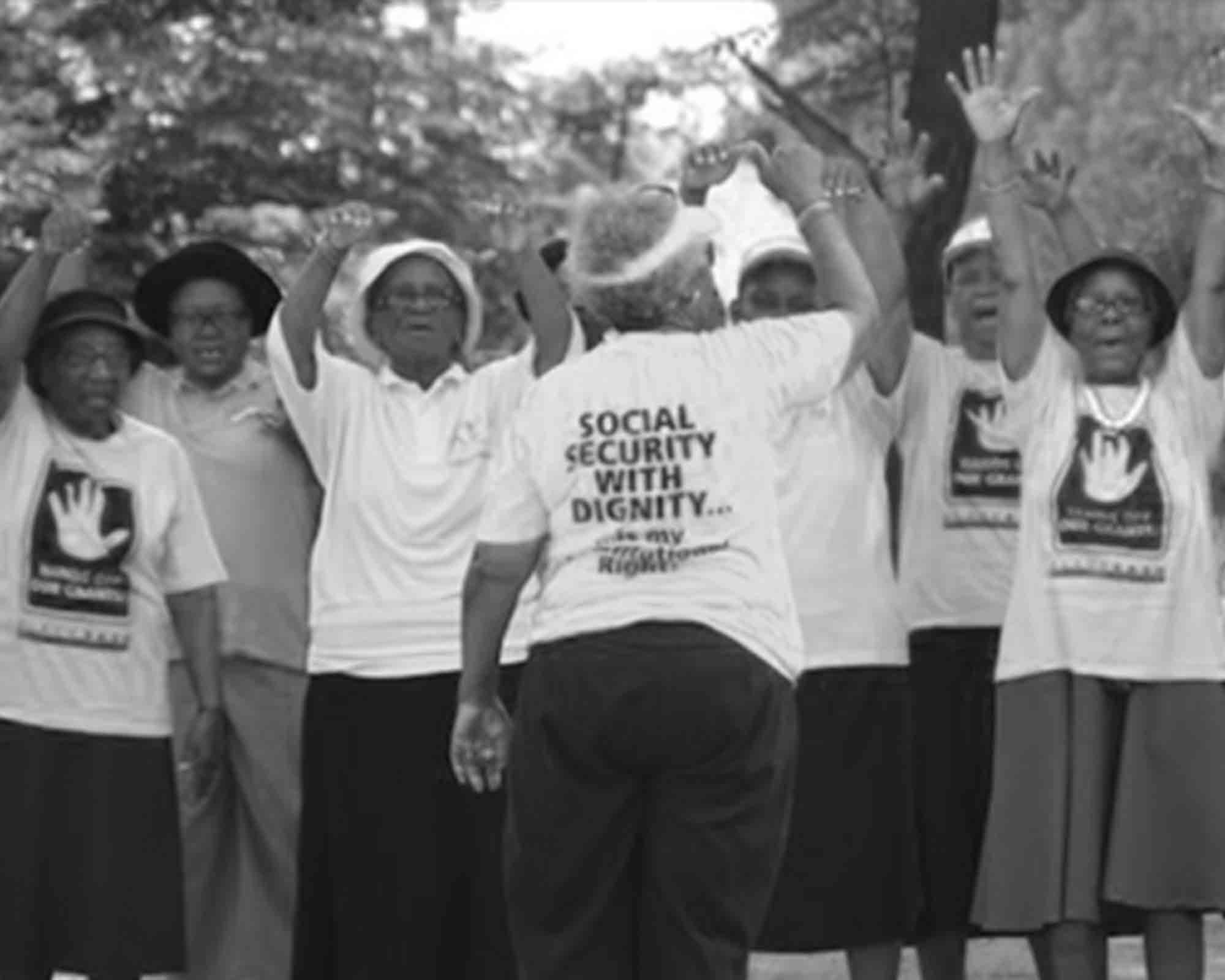 Hands off our grants: The fight for social justice continues undimmed

In early 2017, it became clear that the South African Social Security Agency (Sassa) would not be able to pay social grants to 17-million beneficiaries after March 2017, following the expiry of its contract with Cash Paymaster Services (CPS). A crisis loomed.

A number of courageous civil society organisations fought for the rights of millions of vulnerable South Africans in the landmark “hands off our grants” case. These included the Black Sash, supported by the Centre for Applied Legal Studies (CALS), and Freedom Under Law (FUL).

The Black Sash may have originated in 1955 in response to apartheid injustices, but its advocacy and activism is proving just as valuable in the democratic era.

Explains national director Lynette Maart: “The Black Sash is still involved in human rights, which has been its focus since it started. Post-1994, with a Bill of Rights that ensures socio-economic rights are protected, we help promote and protect these rights. We also focus on social security and social protection.”

This includes monitoring social assistance in the form of grants, and social insurance vehicles such as the Unemployment Insurance Fund and the Road Accident Fund.

The grants crisis came to a head in 2017, three years after the Constitutional Court had found the contract to be illegal and invalid, but had granted a grace period for a new grant distributor to be found. This did not happen, and CPS was also accused of illegally deducting insurance premiums from grantees. In response, the Black Sash and CALS filed an urgent application with the Constitutional Court.

“There was a looming crisis over who will pay grants after 1 April and the Black Sash launched a case, asking the court to step in to avert the crisis in grant payments and put in place a panel of experts to guide the transition to the new order, while protecting the private information of each beneficiary,” Maart explained.

The order was granted, and today, after much subsequent litigation, the disbursement of social grants rests with the South African Post Office. This system is also presenting difficulties, “so we are transitioning from one set of trouble to another, but at least there is a willingness to address the issue”, notes Maart.

She says the battle to ensure uninterrupted grant payments and the protection of beneficiaries’ details may have been won, “but it highlights how the law must be developed to curb such predatory practices”.

Meanwhile, the Black Sash will continue to be on the ground, monitoring grant payments, teaching and supporting its Dullah Omar School that trains community-based paralegals.
Click here to view the Black Sash’s documentaries on social grants. Visit www.blacksash.org.za for more information.

Freedom Under Law (FUL) was also closely involved in fighting the long-running Sassa social grants case. Relates CEO Nicole Fritz: “The human rights considerations were enormous. Social security is at the heart of our Constitution. Not only is the right to access social security specifically enumerated but the value of, and right to, dignity — a central, animating value of the Constitution and a right in itself — presupposes that people live decent lives, able to provide for their most basic needs.”

She says that because the CPS contract had been declared unlawful and unconstitutional by the Constitutional Court, to extend CPS’s contract or give it a new one would be to ignore the court’s finding.

All of these considerations go to the heart of FUL’s mandate, which is to promote the rule of law and constitutionalism primarily through the use of litigation, usually joining or entering into partnerships with other organisations.

Even today, now that the dust has settled, FUL continues to explore legal avenues that might compel CPS and parent company Net1 to repay the profits that were derived from the illegal contract.

Other court cases FUL has been involved in, in partnership with other parties such as Corruption Watch and Council for the Advancement of the South African Constitution, include action against the golden handshake awarded to former prosecutions head Mxolisi Nxasana and a challenge against Shaun Abrahams being appointed as his successor. FUL’s success in the latter case led to his appointment being set aside and paved the way for the appointment of Shamila Batohi as the current national director of public prosecutions.