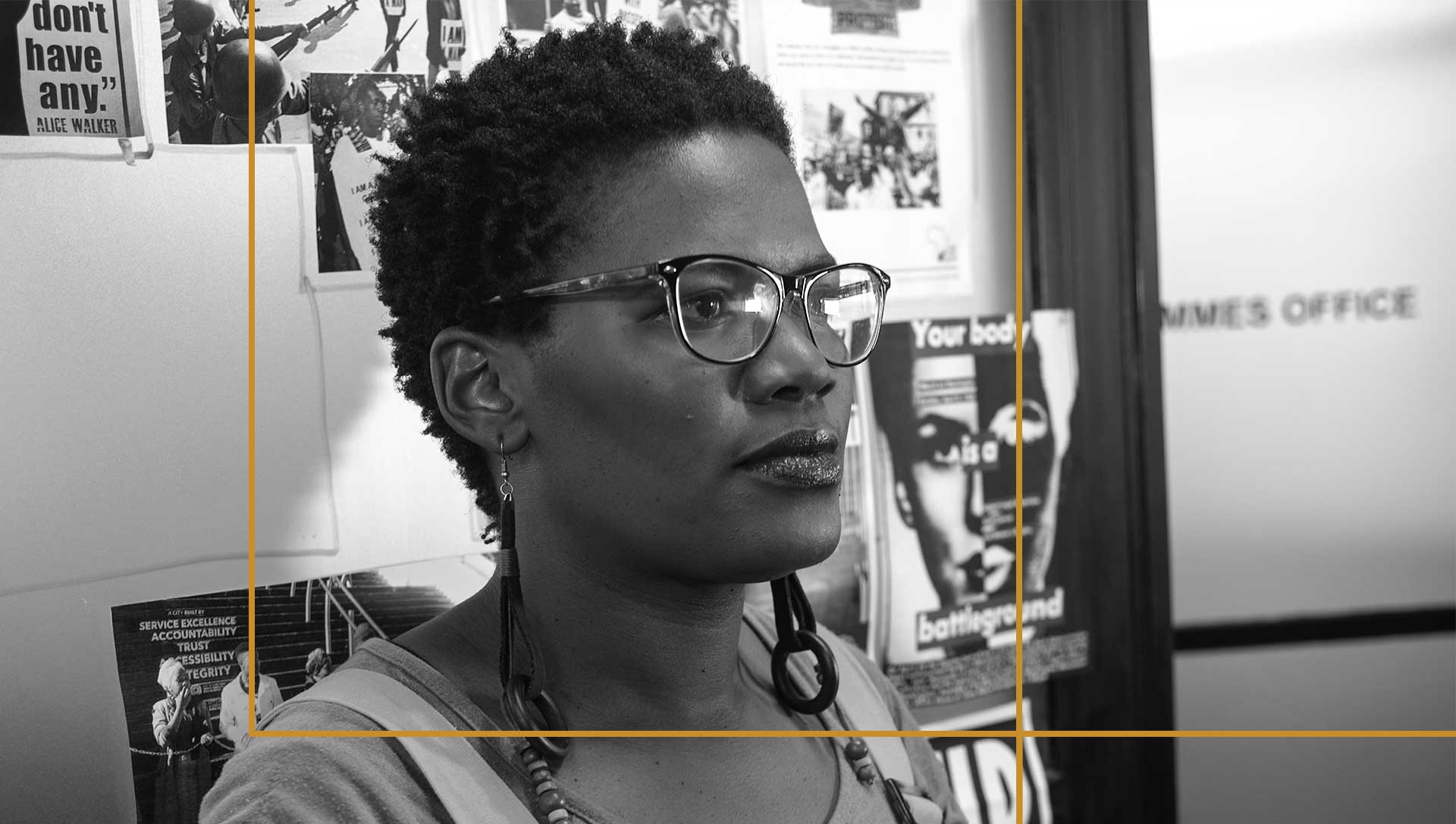 “…We provide this space… Where communities come together to say, ‘we have a problem of access to water -what do we do?” Mandisa Dyantyi

Mandisa Dyantyi is rather wary of how durable and sustainable victories are, in the space she operates in. From her office base in Khayelitsha’s Isivivane Centre, it is unsurprising why.

Mandisa Dyantyi is rather wary of how durable and sustainable victories are, in the space she operates in. From her office base in Khayelitsha’s Isivivane Centre, it is unsurprising why. The Isivivane Centre is not too far from the N2. On your way there, you drive over a wetland divided by a patch of road on a bridge that takes you straight into a busy and relatively well-resourced part of Khayelitsha. One side of the wetland, behind a fence that encloses a military base, is seemingly untouched. On the other, it is home to multiple corrugated iron shack structures – some new, some old – all woefully inadequate. As we drive further, the GPS draws us into the bustling and relatively middle and working class part of Khayelitsha. A police station here, a municipal ‘rent office’ there, a shopping mall, just behind the railway track and a Home Affairs office in close proximity.

‘You get a victory, and then have to fight for it to be implemented’, says Dyantyi, the General Secretary of the Social Justice Coalition.

To many of those who work with and offer support to the people at the Centre, Isivivane is a meeting and organizing space. The Social Justice Coalition (SJC), is on the second floor of the very modern building.

‘We provide this space where communities come together’, Dyantyi says, leaning into her chair, ‘where they come together to say, we have a problem with access to water, what do we do?’. For those familiar with Khayelitsha, those problems are not marginal challenges faced by an underclass of the migrant poor; but a continuous part of Khayelitsha’s history and present.

Khayelitsha, which means ‘New Home’ in isiXhosa, has always been a paradoxically ‘permanent’ temporary settlement; initially for those running away from conflict between the witdoeke and the comrades in areas like New Crossroads, to successive streams of migrants (largely from the Eastern Cape) looking to eke out an existence in the city.

Mandisa is such a migrant herself. Born in Tembisa on the East Rand, she grew up in Komani in the Eastern Cape and in Mfuleni in the Western Cape. ‘Inequality was not something I read and wrote about’, Dyantyi quipped.

After stints at the now defunct Institute for Democracy in South Africa (IDASA ) and the South African Network on Inequality (SANI), Dyantyi was elected as Deputy General Secretary of the SJC in 2016. This coincided with multiple challenges in the community. The SJC had been set up in the wake of the wave of xenophobic attacks in 2008. That genesis, in many ways, continued to craft and frame the issues that SJC would later take up.

‘We were also formed to assist in getting access to basic services and access to safety primarily’, she says

‘… I do think it’s a shame that people have to demand things that are basic human rights. We have to perform pain and anger… but I guess that is where we find ourselves’

SJC in recent years has also focused on the challenge of community safety. The SJC was instrumental in the initiation of the O’Regan and Pikoli Commission of Inquiry into the relationship between the police and the people of Khayelitsha. The Commission’s recommendations (while many are yet to be implemented) were a breakthrough, in contesting policing resource allocation in an area like Khayelitsha. Many of these issues, Dyantyi says, have to do with a lack of a ‘plan to deal with people in informal settlements as a formal and permanent part of our cities’.

‘BM section (in Khayelitsha) has been here since 1986, there is nothing temporary about that,’ she points out.

Dyantyi’s work as a leader in this space has been about not only using the space provided by SJC to build a movement of people who can fight and claim the rights due to them in their own way –  but also about ensuring the survival of the selfsame organization that gives rise to that space.

Moreover, for Dyantyi her work is not just about organizing and giving voice to those that the law and convention deems invisible. It is about the restoration of the dignity and the humanity of those seen in this way. It is about giving back humanity to those dehumanized by the social arrangement of life in South Africa. For Dyantyi, the support extended to organizations that address and attend to this dehumanization, is one of the things that can give practical expression to the injunction that ‘South Africa belongs to all who live in it.’