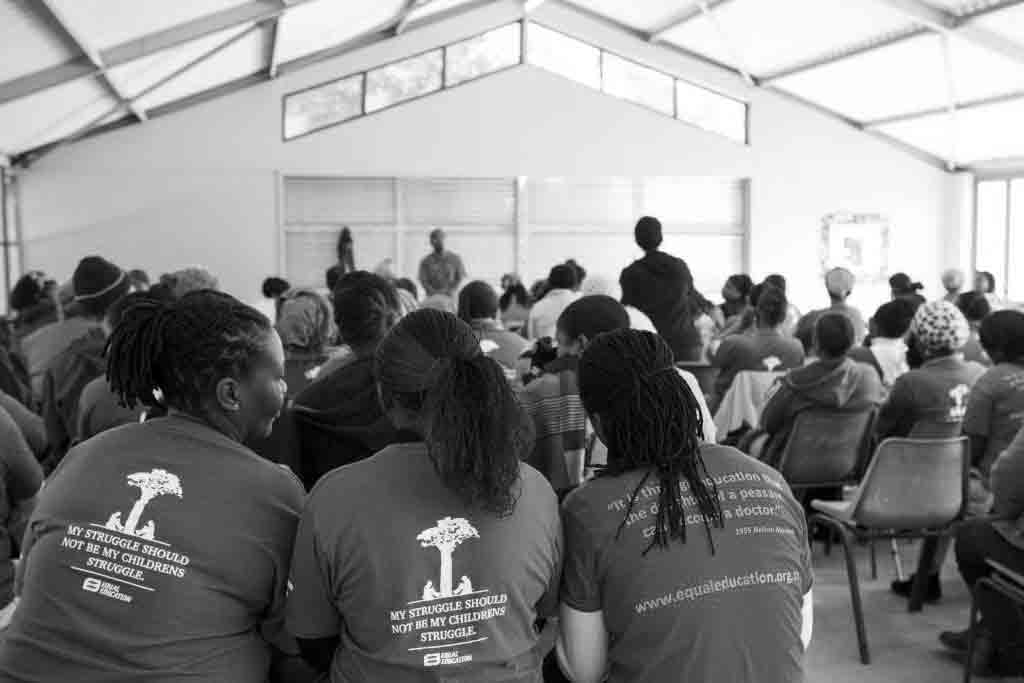 In 2016, the Social Justice Initiative (SJI), with the help of a group of businesswomen, raised more than R300 000 for four centres providing care for survivors of gender-based violence.

We’re delighted to report that this money has made an immense difference in the lives of survivors of gender-based violence at Mosaic in Cape Town, LifeLine Vaal Triangle in Sedibeng, and the Ekupholeni Mental Health & Trauma Centre and Gender Links in Johannesburg.

LifeLine Vaal Triangle provides psycho-social services to approximately 70 to 80 survivors of rape and domestic violence, most of them children, at the Kopanong Thuthuzela Care Centre every month. Thanks to the SJI’s funds of R107 000, the centre employed six full-time lay counsellors from March to September 2017.

The SJI donated R50 000 to the Ekupholeni Mental Health & Trauma Centre, which was used for life-skills programmes, therapy sessions, job-creation programmes and more.

Another R50 000 was donated to Gender Links, a non-governmental organisation that promotes gender equality and justice across all countries in the Southern African Development Community region.

This year, we’re calling on you to stand with us again in ensuring that organisations such as these can continue providing their services.

Mosaic is pioneering a “beyond 16 days of activism” campaign and needs support for its mentoring programme for survivors of violence who are venturing into business and would benefit from having a coach as they rebuild their lives.

There is no doubt that with the high levels of violence against women and children, South Africa cannot fulfil its potential. Just this year, the South African Police Service’s statistics indicated that from April 2016 to March 2017 a total of 49 660 incidents of sexual offences – an average of 136 cases per day – were reported to the police. This includes almost 40 000 cases of rape.

The home remains the place where women and children are most vulnerable to attacks. With funds raised, we will support Mosaic’s mentoring programme, as well as the Centre for the Study of Violence and Reconciliation, which aims to understand and prevent violence through research and education.

Let’s work together to break the cycle of gender-based violence. Make a donation here or get in touch with Mosaic if you are a successful businesswoman who would like to become a mentor.