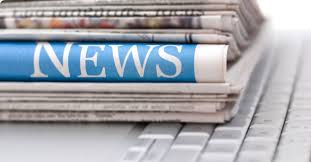 Investigative journalism has received a much-needed R1.5-million boost through a fundraising campaign organised by the Social Justice Initiative (SJI) in partnership with a group of private investment bankers and entrepreneurs.

We at the SJI were thrilled to partner with this group of professionals in support of some of South Africa’s top investigative-journalism organisations. The beneficiaries of the campaign, which was conducted mainly via email requests, are Daily Maverick’s investigative journalism unit, Scorpio (R460 500), GroundUp (R460 500), amaBhungane (R300 000) and Africa Check (R300 000).

The panel highlighted the tangible ways in which private individuals, communities and business networks can enhance democracy in South Africa and protect its key public institutions by investing in strong civil society organisations, such as independent media houses.

Investigative journalism in South Africa has consistently enabled access to information often hidden away from public eyes. The courageous acts that accompany throwing a spotlight on corruption and unethical behaviour in government and business – which is vital in a democracy – come at great personal risk to journalists and their families.

One of the priorities of the SJI is raising money to support whistle-blowers, without whom, for example, the Gupta Leaks – a series of exposés consisting of more than 100 000 emails and a host of documents revealing allegations of a network of corruption surrounding the influential Gupta family – wouldn’t have come out.

Click here to find out more about the Gupta Leaks and the other work done by amaBhungane and Daily Maverick, and why it’s so important for the SJI and its funders to continue supporting investigative journalism.